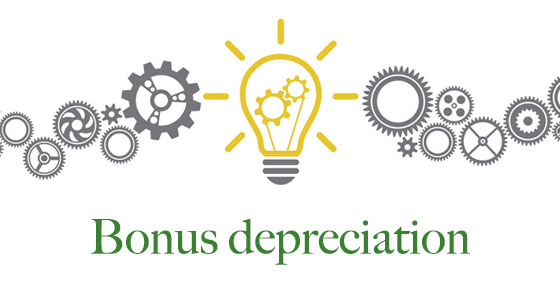 You’re probably aware of the 100% bonus depreciation tax break that’s available for a wide range of qualifying property. Here are five important points to be aware of when it comes to this powerful tax-saving tool.

1. Bonus depreciation is scheduled to phase out

For certain aircraft (generally, company planes) and for the pre-January 1, 2027 costs of certain property with a long production period, the phaseout is scheduled to take place a year later, from 2024 to 2028.

Of course, Congress could pass legislation to extend or revise the above rules.

2. Bonus depreciation is available for new and most used property

In the past, used property didn’t qualify. It currently qualifies unless:

3. Taxpayers should sometimes make the election to turn down bonus depreciation

Taxpayers can elect to reject bonus depreciation for one or more classes of property. The election out may be useful for sole proprietorships, and business entities taxed under the rules for partnerships and S corporations, that want to prevent “wasting” depreciation deductions by applying them against lower-bracket income in the year property was placed in service — instead of against anticipated higher bracket income in later years.

Note that business entities taxed as “regular” corporations (in other words, non-S corporations) are taxed at a flat rate.

Before the 2017 Tax Cuts and Jobs Act (TCJA), bonus depreciation was available for two types of real property:

However, the 2020 Coronavirus Aid, Relief and Economic Security Act (CARES Act) made a retroactive technical correction to the TCJA. The correction makes qualified improvement property placed in service after December 31, 2017, eligible for bonus depreciation.

5. 100% bonus depreciation has reduced the importance of “Section 179 expensing”

If you own a smaller business, you’ve likely benefited from Sec. 179 expensing. This is an elective benefit that — subject to dollar limits — allows an immediate deduction of the cost of equipment, machinery, off-the-shelf computer software and some building improvements. Sec. 179 has been enhanced by the TCJA, but the availability of 100% bonus depreciation is economically equivalent and has greatly reduced the cases in which Sec. 179 expensing is useful.

The above discussion touches only on some major aspects of bonus depreciation. This is a complex area with tax implications for transactions other than simple asset acquisitions. Contact us if you have any questions about how to proceed in your situation.